A brief history of the “Home of Joy”

This was the year that we started to serve refugees fleeing from Burma, now Myanmar. The first were students who rebelled against the regime and were hiding in the jungle. Then, entire communities began fleeing Burma. We were right there to help. 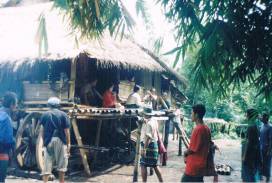 We bought a small piece of land, and so, our project began. 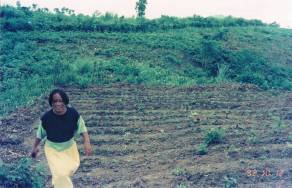 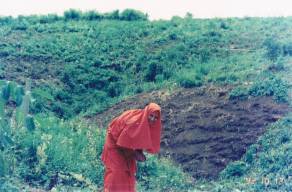 By the end of 1990, after meeting the spiritual master Shrii Shrii Anandamurti, Didi came back with the determination to do the project for the master, fondly known as Baba. 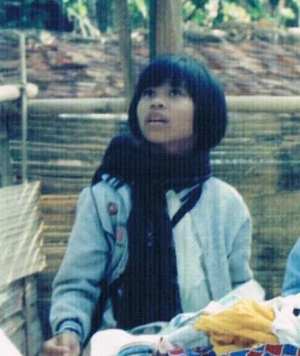 We built our first house, but sadly, it burned down once it was completed. However, the Neo Humanist Foundation was officially founded. The logo was designed by Didi Ananda Carushiila.

We had our first group of children. Below, the naming ceremony for our first baby boy, Tarakanat. However, until today he is still called… Baby! 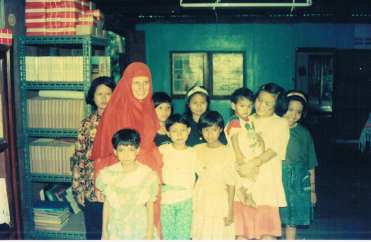 Our children, stateless, running away from Burma, didn’t have any right in Thailand, and could not go to the government school. Therefore, we created our first classroom and our first kindergarten. 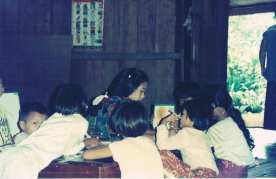 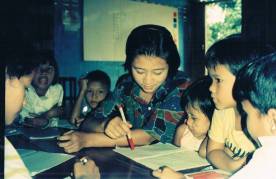 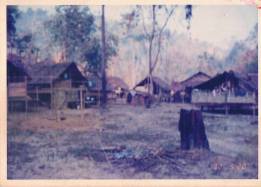 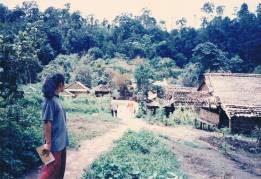 We created our first garden at the Home. At the same time, our regular relief work in refugee camps continued. Here, bringing blankets and clothes to the needy. 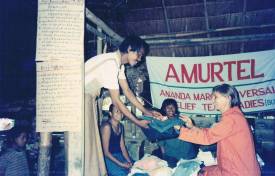 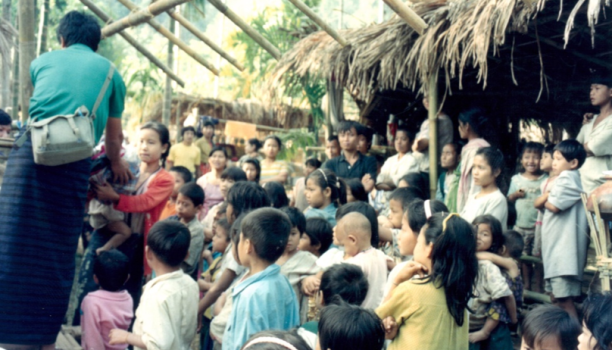 Our school, opened just one year before for our children, but welcoming all the children of the community, had gradually reached 50 students.

This year we also opened a new school, on the other side of the village, that counted over 100 students from the start.

This year marked new steps in our care for humanity, as we established our sewing center. The children learned how to weave in the traditional Karen way. Weaving was not only fun, but also, the children got a little pocket money from it. The fabric they made was then sewed into magic bags!

Below, our children and our first sewer, who helped to assemble the fabric making a “magic bag”.

Still, we were sending our help to our neighbours, as they were all needy. 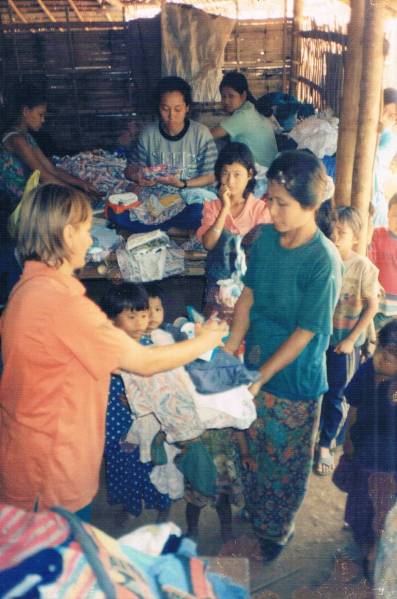 There were some radical changes…

Here, Didi is accepting a new baby in a civil dress, so as not to create misunderstandings with the sacred orange robe of Thai Buddhist monks. 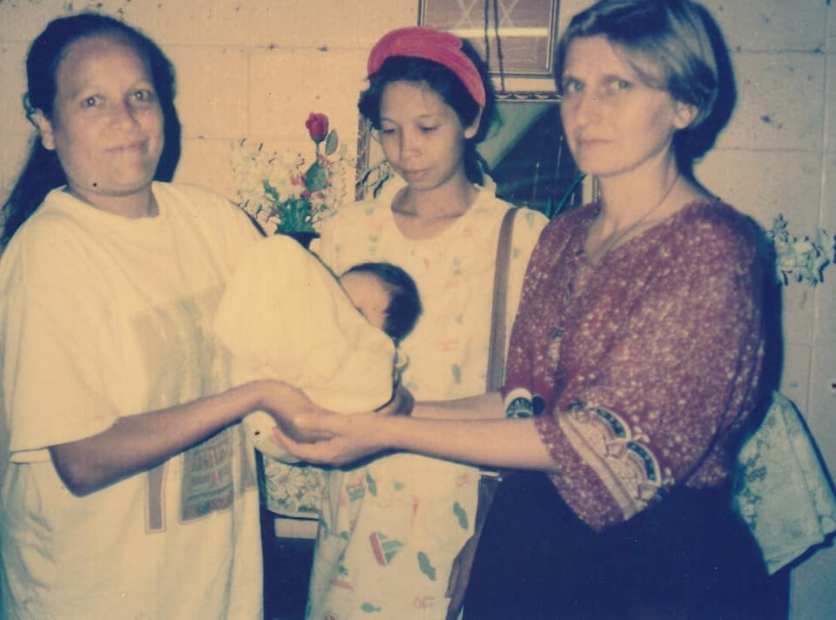 Poor mothers of the community, after seeing our children receiving small money gifts for their woven material, requested Didi to include them in the weaving program, as they too needed money having many children to take care. And so, our weaving program started.

We didn’t have a weaving center yet, so we were bringing the threads to the women’s houses, and about a week later we would collect the cloth from house to house.

In our 6th year we faced some big challenges…

More and more children were coming to Baan Unrak, the Home of Joy. Finally we could find a new house, big enough for us. Below, the house entry ceremony. 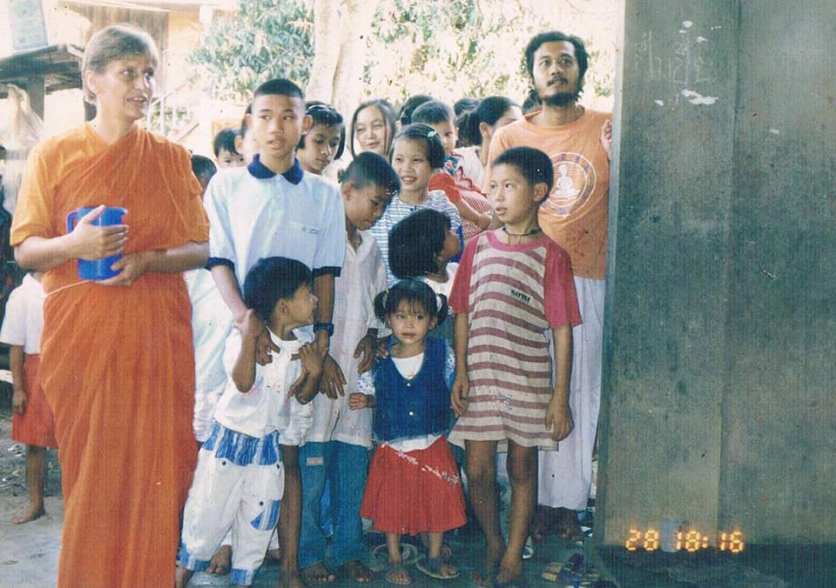 When a new baby came, our sewing lady helped feeding him along with her new born baby. See how cute they are?

Sangkhlaburi used to be jungle, and our children would get sick of malaria from time to time. Didi too, the Big Mom of the house, got seriously sick at this time.

In this condition, the children became completely disoriented, and they became the target of human trafficking.

Jyoti, our oldest child, kept the children together and sent the alarm to our Neo Humanist friends in Bangkok when Didi lost consciousness. 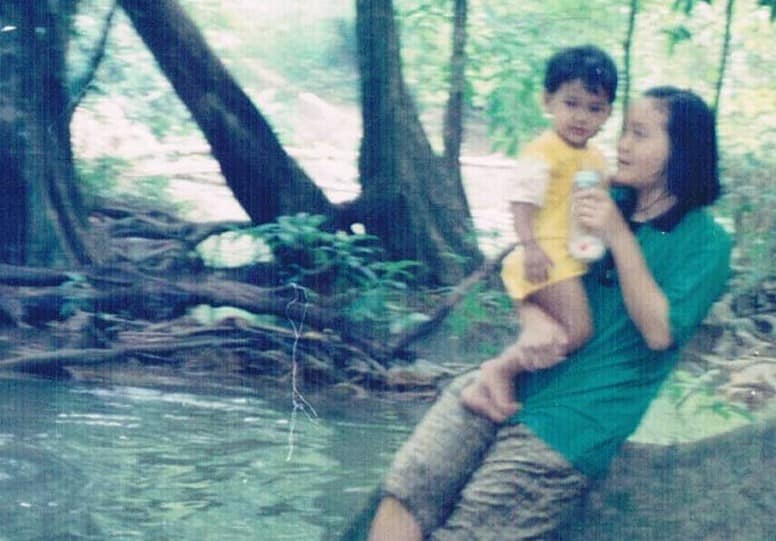 As they came to know the situation, our friends immediately drove to Sangkhlaburi overnight. They talked to the children, assuring them. They made sure that Didi was well taken care of, and they took charge of the home. The trafficker was chased away.

This makes us feel good. Even though our Neo humanist friends live far away, we know they are there for us when it is really needed.

…for the continuation of our story!